If you like Chinese medicine, culture, health, and health, please follow us in the upper right corner. It’s fun here, it’s not simple.

To communicate with people about the mystery of traditional Chinese medicine, the first step is to make a simple and popular introduction. I have been constantly looking for a more visual, more vivid and simpler way to introduce acupuncture points to all regions of the country. The accidental experience of getting sick made me find inspiration…

One morning this fall, when I woke up, the big tooth under my left side was swollen and painful, and it was difficult to bite, even if it was The rice grains inside the rice porridge can’t be touched with the teeth, and every time they come across, the pain is unbearable. On the morning of this day, when I was washing my face, I felt that the tendon on the left wrist was misplaced and the soreness was obvious.

After breakfast, sit on the sofa, carefully look for the most uncomfortable position of the wrist tendon, then start to press , probably pressed for fifteen minutes, suddenly feel the bottom left The big tooth can be bitten gently. When I hit the iron hot, I used a one-and-a-half-inch needle and stabbed it in the direction of the teeth. Although I had just pressed it for a while, the soreness was still obvious after the needle was inserted. While starting the needle, start to bite the teeth hard, and repeat this every 5 minutes. After leaving the needle for half an hour, the teeth have been able to bite hard and the gum swelling has completely disappeared.

While the pain has disappeared, what is the cause of the swelling of the gums? Very simple, just a few days ago with a few friends, drinking a few times of liquor, my physique is heavier than the liver heat, and the harvest of all things in the fall, the words “converge and make the autumn calm”; According to the theory of four medicines and six qis of traditional Chinese medicine, Ding Xiaonian belongs to the days of punishment of Qi Keyun (the spirit of Si Tianyang Ming, the gas of Kedingmu.), and the liver and lungs are abnormal throughout the year. This fall, it happened to be on the verge of a time when the Yangming dry gold and the sinister winds were opposite each other. The personal physical factors and the “physical” factors of the heavens and the earth, the two combined, the liver heat was inevitable, causing the gums to swell and the teeth could not bite.

This personal experience made me understand that the ancients discovered the mystery of the acupoints.

The approximate process is: when a person is sick, there must be a “switch” in the body that is “open” in the body. Maybe there is more than one switch, maybe two, or even more. More… But, no matter how many “switches”, as long as you find a valid “switch” and use a finger or a needle as a tool to fine-tune the “switch”, the pain will be solved, and the effect is very obvious. And this “switch” is what the Chinese doctor calls “acupoints.”

Take a few examples to see how others use the “switch.”

An old Japanese woman in a hospital in Japan, whose cause is unknown, she can’t open her mouth, she can’t eat, and many kinds of treatments are invalid. Try to acupuncture the right Hegu point, one needle down, the patient’s mouth open.

A patient is doing Extending the movements of the thumb and forefinger always causes pain that is intolerable on the ipsilateral foot. Try to inject 10ml of local anesthetic into the pain in the back of the foot to make it feel painful. When you do the action of expanding the thumb and index finger, it will still cause pain in the back of the foot. This phenomenon cannot be explained by Western medicine. It has to be considered from the theory of traditional Chinese medicine: the index finger is the colonel of the large intestine, and the back of the foot is the stomach. Considering that the organ that is common to the large intestine and the stomach is the tooth, then ask the patient: “Do you have a toothache?” The patient replied: It is really a toothache. So try to treat the teeth, the strange phenomenon of the patient’s finger on the stomach and the back pain disappeared.

——Reporting by Prof. Zoufu from Yamashita Yamato and Dr. Takeuchi,

Patient, female, 49 years old, half a year ago, right upper back toothache and left foot thumb pain, taking painkillers ineffective, diagnosed as pulpitis, pain relief after opening, and thumb pain disappeared. Two months later, the tooth was painful again, and the thumb of the foot began to ache. After the tooth was removed, the toe pain disappeared.

The above doctors and patients, as well as my own experience, the ancients must have experienced thousands of years ago. In the “Yellow Emperor’s Internal Classics, Lingshu, and the Third Chapter of the Meridian”, it is recorded that “the pulse of the large intestine and the hand of the Yangming, … is the disease, the pain of the neck and the swelling of the neck, …”, meaning that when the mouth and cheeks When there is illness, toothache, and bloating, in addition to the abnormal pulsation of the cheeks, the pulsation of the back of the hand to the side of the sag (Yangxi) to the first and second palms (Hegu) will be abnormal; “The 21st chapter of the miscellaneous disease” Toothache, not evil drink, take the foot Yangming; evil drink, take the hand Yangming”; “Su Wen, on the sixty-third” “Gum, thorny hand Yangming, endless, stabbing its veins In the teeth, Li has already…”.

Chinese ancients observed that between Hegu and Yangxi, they were able to treat dental cheeks. Later, when the cheeks were regenerated, the ancients would find a “switch” here, when the position gradually fixed. After that, these switches have a special name. Today we no longer say “switches”, but directly say Hegu and Yangxi. Since when the cheeks are sick, the area between Hegu and Yangxi corresponds to the disease of the cheeks, and the acupuncture can treat the toothache, so it is concluded that the upper and lower sides are connected, thus the mouth and the teeth Hegu is connected, and this pulse is called “tooth vein”. This process is the simple process of the ancients forming the “tooth vein” (later called “hand Yang Mingmai”). The probability of a thumb reaction in dental disease is significantly lower than that in the side of the thumb, or the abnormality of tooth pain in the back and back of the cervix is ​​also significantly lower than that in the back of the hand. Therefore, although the ancients will start from the cervix of the back of the foot, The teeth are connected, but not the end of the pulse. 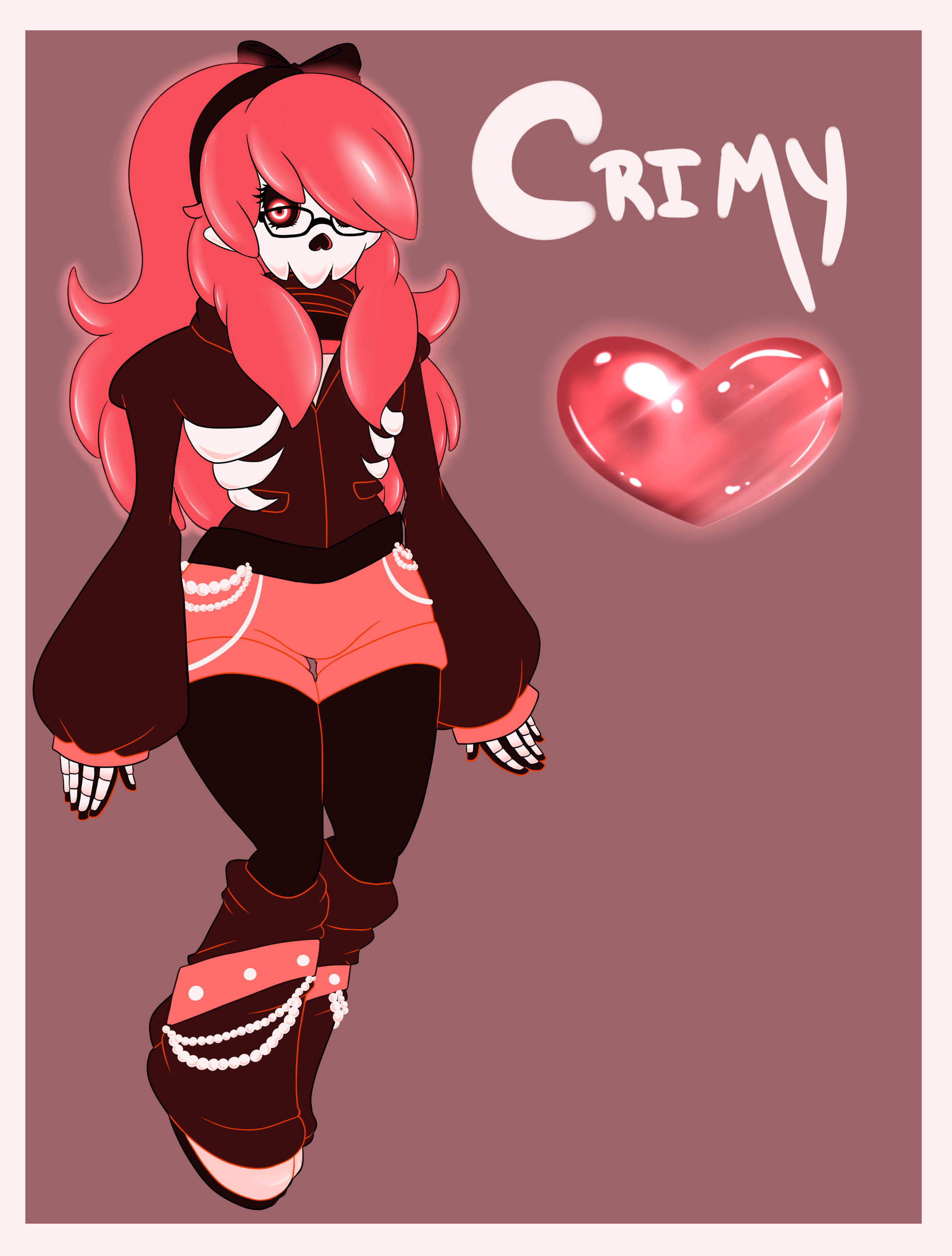 The above process is a brief process of the formation of traditional Chinese medicine to the meridians. An interesting phenomenon here is that even if Western doctors have seen this phenomenon, because of the lack of corresponding theoretical guidance (such as astronomical cycle theory, Hetuoshu theory, Wuyun Liuqi theory, etc.), it will be ignored or Give up such medical records and refine them. The Chinese ancients had the consciousness to collect and observe such medical cases early, and used the theory of Hetulu, the astronomical cycle, etc. as a guide, and gradually formed a complete theory of the acupoints to the meridians. The former, the clinical phenomenon is viewed in isolation; the latter can be seen in the complete “Heaven and Man, Heaven and Man Correspondence” to see that the “switch” of the human body is connected to each other and penetrates the whole body.

(Image from the Internet, copyright belongs to the original author)

The US soldier was killed in the confiscation of confidential information in Afghanistan
Bachelor's Stars Sean Lowe, Catherine Giudici, reveal that the son is in ICU
Delta apologizes for the fact that the man sits in flight on feces
Emmanuel Makron asks "to protect the European army against the US, China and Russia"